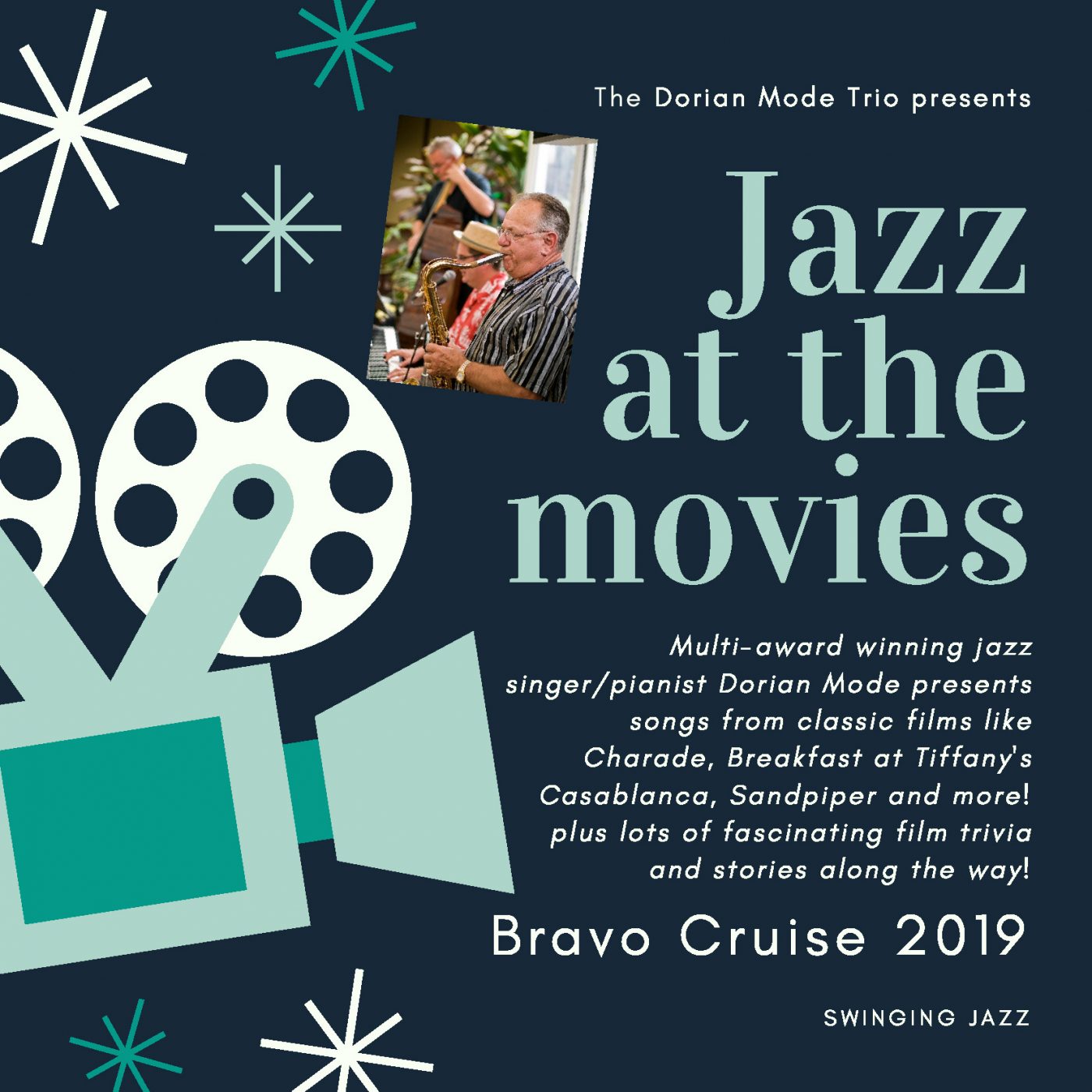 Did you know many of the great jazz standards were first heard in the cinema? Moreover, many of these great songs not only won Academy Awards but went on to become jazz standards performed by leading artists such as Tony Bennett, Mel Torme, Frank Sinatra and many others.

A natural entertainer, Dorian Mode and his swinging band will take you through Jazz at The Movies, with lots of laughs and movie trivia along the way. The show is highly entertaining, peppered with fascinating anecdotes about the history of the songs and composers and lyricists and the artists who made these standards famous.

Dorian has performed shows to sellout crowds across the country – from Sydney’s Independent Theatre, to sellout shows at the Gold Coast Performing Arts Centre. So let Dorian and his swinging band take you through Jazz At The Movies, where you’ll hear such classics as: Charade, Days Of Wine And Roses and The Shadow Of Your Smile and many many more!

Dorian Mode is both a multi-award winning musician and writer of laugh-out-loud books: A Cafe in Venice (Penguin) and Mozart Maulers (Penguin) have been bestsellers here and in Europe while Dorian’s been awarded three ABC Music Awards. He has recorded over seven CDs for such labels as EMI and ABC Jazz. And over the years has performed numerous jazz festivals, theatres and concerts including the Sydney Opera House. His entertaining shows are not to be missed!

Here’s what the press have said about his music…

His music can be described in one word: stylish! – AD LIB JAPAN

His effortless synthesis of influences and passion for producing accessible contemporary jazz belie a great gift – the ability to extend tradition without trying to impress. He is simply a natural. – NEW WOMAN MAGAZINE

Dorian Mode is unquestionably one of Australia’s great jazz artists; a reputation that is only enhanced by the release of his third album ‘Cafe of Broken Dreams’. Simply put, this is a brilliant effort and heartily welcome – SYDNEY NEWS CRITICS CHOICE