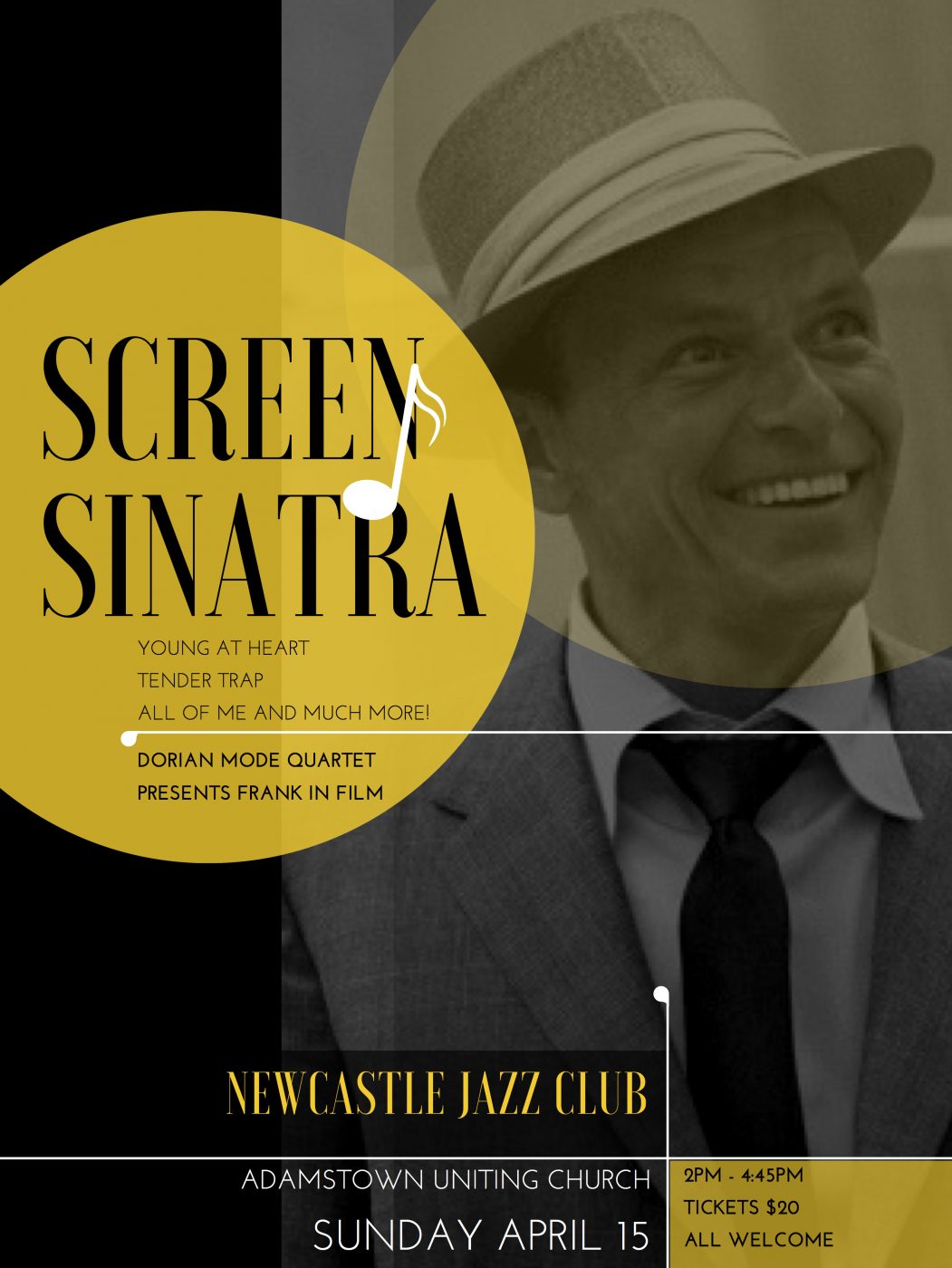 While Frank Sinatra was not a jazz singer per se, every jazz singer acknowledges Sinatra. Indeed Miles Davis said he learned to phrase by listening to Sinatra. And because Sinatra phrased like a horn player, he set a standard for a swinging approach to popular singing, while simultaneously exploring the depths of a song like a consummate actor. This is where he differed from his idol, Bing Crosby. Frank had musicality and depth. And it’s in his movies we see Sinatra’s two unique gifts coalesce. As a follow up to Dorian Mode’s hit show on Nat King Cole, Screen Sinatra explores ‘Old Blue Eyes’ in film.

A natural entertainer, ‘Old Brown Eyes’ (Dorian Mode) and his swinging band will take you through Frank Sinatra in movies, with lots of laughs along the way. The show is highly entertaining, peppered with fascinating anecdotes about Frank’s life and unique vocal approach to songs.

Since 2015, Dorian has performed shows to sellout crowds across the country – from Sydney’s Independent Theatre, to sellout shows at the Gold Coast Performing Arts Centre. A natural entertainer, Dorian and his swinging band will take you through Sinatra’s life in film including the classics: Young At Heart, All Of Me and All The Way and many more!

Dorian Mode is both a multi-award winning musician and writer of laugh-out-loud books: A Cafe in Venice (Penguin) and Mozart Maulers (Penguin) have been bestsellers here and in Europe while Dorian’s last CD was awarded two ABC Music Awards. He has recorded over seven CDs for such labels as EMI and ABC Jazz. And over the years has performed numerous jazz festivals, theatres and concerts including the Sydney Opera House. His entertaining shows are not to be missed!

Here’s what the press have said about his music…

His music can be described in one word: stylish! – AD LIB JAPAN

His effortless synthesis of influences and passion for producing accessible contemporary jazz belie a great gift – the ability to extend tradition without trying to impress. He is simply a natural. – NEW WOMAN MAGAZINE

Dorian Mode is unquestionably one of Australia’s great jazz artists; a reputation that is only enhanced by the release of his third album ‘Cafe of Broken Dreams’. Simply put, this is a brilliant effort and heartily welcome – SYDNEY NEWS CRITICS CHOICE