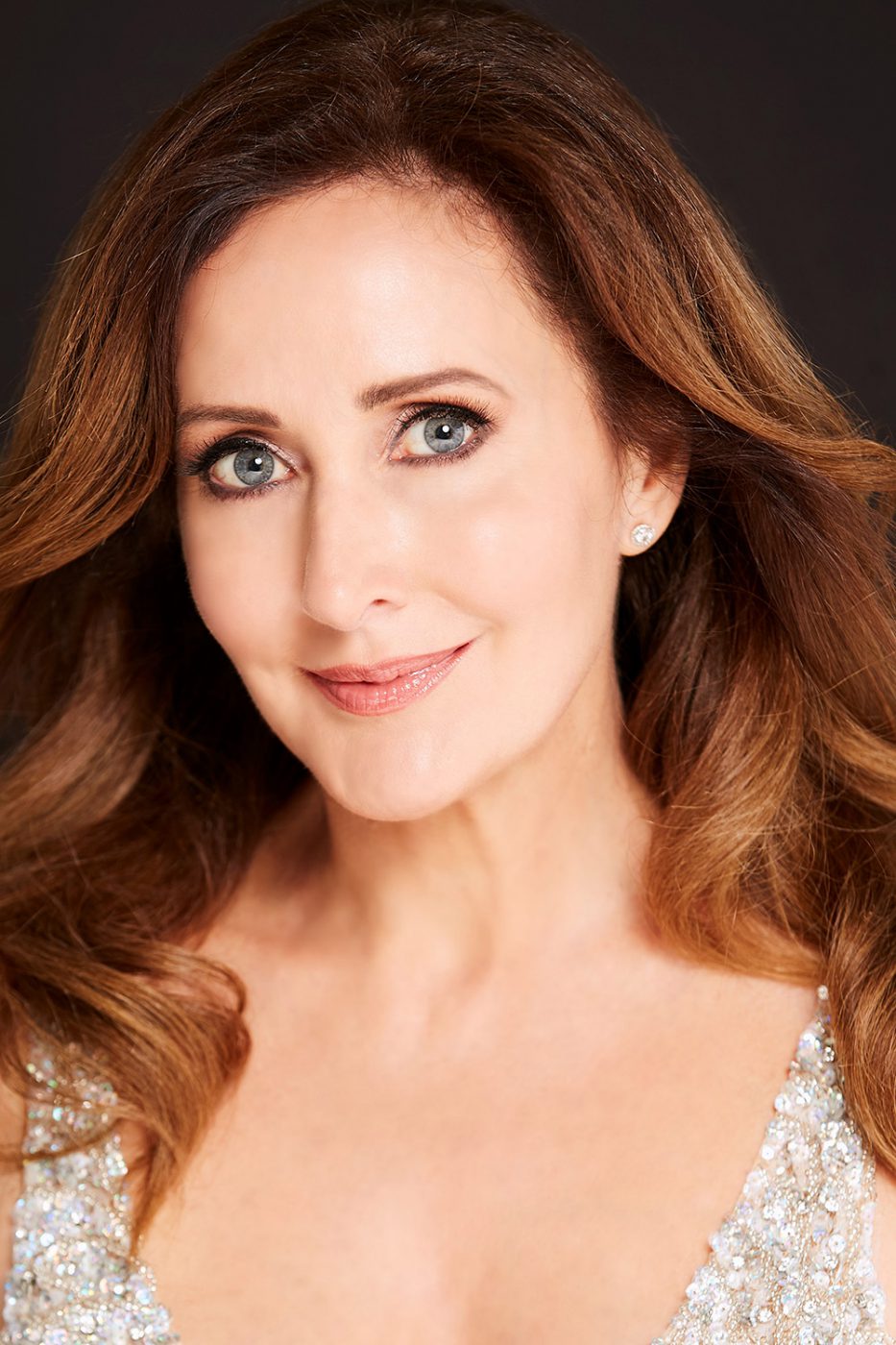 Marina Prior is known as the Leading Lady of Australia’s Musical Theatre.

Marina’s first professional audition resulted in her first lead role – that of Mabel in the Victoria State Opera’s The Pirates of Penzance. She was subsequently invited to perform the role of Guinevere opposite Richard Harris in Camelot. Since then she has performed over thirty lead roles in stage shows throughout Australia. Possibly her most memorable being the role Christine Daae, in the original Australian production of The Phantom of the Opera, which she performed for three years.

Other roles include Jellylorum in the Australian premiere of Cats, Cosette in the Australian premiere of Les Misérables, Hope Harcourt in Anything Goes, Maria in West Side Story, Lily in The Secret Garden, Magnolia in Showboat, the title role of The Merry Widow, Jane Smart in The Witches Of Eastwick, Belinda Blair in the comedy Noises Off, Mary O’Hara in Harp On The Willow, Annie Oakley in Annie Get Your Gun, Miss Adelaide in Guys And Dolls, Muriel Eubanks in Dirty Rotten Scoundrels, Mrs Banks in Mary Poppins, Baroness Schraeder in The Sound of Music , Dolly Levi in Hello Dolly and the roles of Polly and Mary in Dream Lover.
For Melbourne Theatre Company, Marina has played the roles of Rona Lisa Peretti in The 25th Annual Putnam County Spelling Bee, Elmire in The Hypocrite, Frances in Jumpy and Judith Bliss in Hayfever.
Marina has performed with symphony orchestras throughout Australia including a critically acclaimed Australasian concert tour with international tenor, José Carreras.

She is also well known to television audiences through her appearances on such shows as Carols by Candlelight, as a judge on Channel Seven’s It Takes Two and as Iris in The ABC series The Divorce.
Marina has recorded eight CDs: Leading Lady, Aspects of Andrew Lloyd Webber, Somewhere – The Songs of Sondheim and Bernstein, Both Sides Now, Encore, Candlelight Christmas, Together – a duet album with Mark Vincent and The Two of Us – a duet album with David Hobson.

In 1999, Marina was guest of honour for the television program This Is Your Life which paid tribute to her career so far. Over her career, she has received numerous awards including the Advance Australia Award for her contribution to the performing arts and was inducted into Australia’s 100 Entertainers of the Century.

Last year Marina joined international vocal group, Il Divo on their national tour and, currently – following on from their acclaimed 2018 national sell-out concert tour – she is ‘on the road’ again with close friend David Hobson. Later this year she will play the role of Mrs Meers in The Production Company’s Thoroughly Modern Millie.

Did you know many of the great jazz standards were first heard in the cinema? Moreover, many of these great..